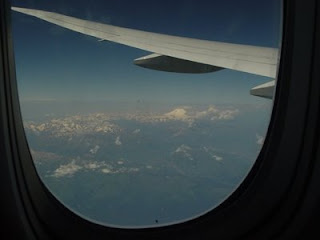 DH and I landed in the Valley on Sunday evening. We had intended to rush out immediately after checking into the hotel so as to stock up on all our favorite Vegan goodies. But because of the loooooong journey, all we could do was hit the bed and black out as soon as we reached the room. The great grocery store expedition had to wait until the morning.

On Monday morning, the first stop was at the local grocery store nearest to us. We figured since it is California they would have a good sized Vegan/Health section at even the normal stores. Boy were we sorely mistaken! Well to be fair they did have a decent selection of organic fruits and veggies and also ethnic foods but when it came to Vegan stuff, all they had was one measley soy yogurt and absolutely no non-dairy ice cream of any sort...not even a freaking sorbet!! For a moment, it felt like we'd walked into some little Midwestern town. In fact, even the run off the mill groceries at Bloomington and Bentonville had offered us far more options than this place.

Then in the evening we decided to go to Trader Joe's. Good old Trader Joe's. I'd heard so much about this place that I couldn't wait to go there myself. For years now I'd been eating their in house brand chocolates and boy are they delicious! Whenever friends came back home from the States we always asked them to bring a big back bunch of Trader Joe's Dark Chocolate and Almonds Pound Plus bars for us. We found a small stash of delicious Vegan stuff at the store - chocolates, soy ice creams, rice and almond milks in various flavors, Earth Balance buttery spread (yum!!!). Most of the things they carried were the Trader Joe's brand. By the end of it, even though I had been expecting a LOT more out of the store I was happy enough, but there was still something lacking. 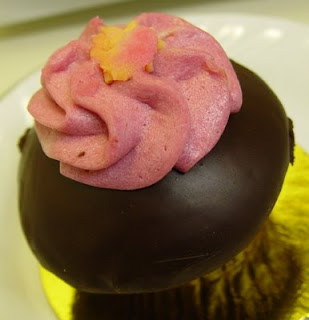 So finally, we decided to drive to the Whole Foods Market even though it is technically in the neighboring town. From the moment I beheld the sight of that large building, bakery sprawled across about a quarter of it, I knew this was the best decision we'd taken all day!! Cakes and cookies, bagels and donuts, breads and salads... this place was Vegan Utopia!!! I was home! :) :)

Ahh the feeling of being able to walk into a place and buy desserts which have been lovingly prepared by someone else! Don't get me wrong, I LOVE baking, but sometimes I deeply feel the lack of being spoilt by cakes and cookies made by another hand. Now being able to walk into a store/café/bakery and just getting to pick whatever I want from a large variety, now that's a feeling I'd really enjoy once in a while. At Whole Foods, I got to experience that! :) 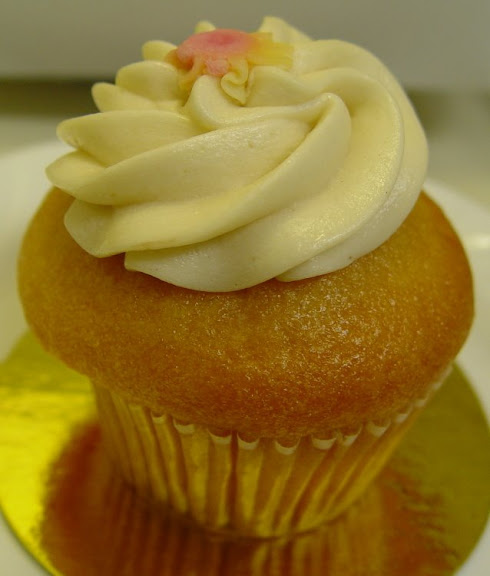 I love what they do with cupcakes in this country! I've grown up eating cupcakes which are small and icing-less. I'm not complaining, they're super yummy that way too. But here the they make some huge ass cupcakes with piles of icing on them and what a divine, mouth watering sight that makes!! You could just buy a whole bunch just to lick the rich vegan buttercream and ganache off :)

Well cupcakes is one thing, but I definitely hadn't expected to see this super fancy, highly decked up Vegan Mini Chocolate Torte!!! 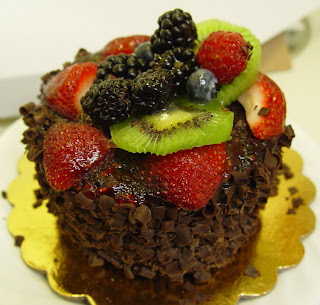 Just LOOK at this thing!! The yummy, crunchy chocolate shavings covering the sides and those fresh berries layered on top! Oh My God!! I just HAD to have it!! There was a large version and a medium one too but this mini one was the cutest ever! We figured we'd get the mini first and then come back for more later depending on if the taste matches the appearance.

We polished off the cupcakes on Monday evening as soon as we got back. By the way, I had to exercise an immense amount of self-control not to eat my cupcake right there in the car but it was unthinkable to take a bite without taking pictures first right? :D 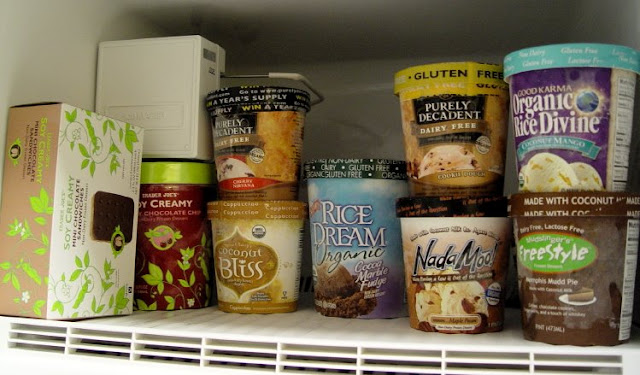 This afternoon we had our first taste of the torte. That layer of strawberry sauce over and in between the chocolate was the best part! Well obviously we are going back for more :) Of course, there's
more of this one left. It's one of those desserts which must be eaten a little at a time and relished bite after bite. I'd like to finish the rest at dinner but I think I'll hold on and have some of the many non-dairy ice creams stashed inside the freezer instead :D

This is just the beginning. Im really looking forward to going to all the awesome Vegan restaurants in this area and pigging out. I just hope they allow us to take pictures of the order before we dig in ;) 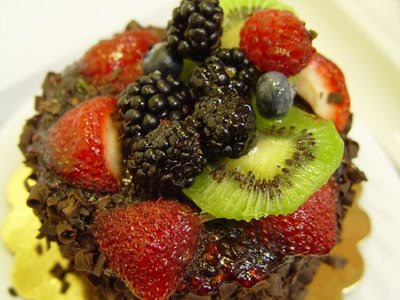 posted by Veganosaurus at 02:54