Ack! I can't believe that we're already on the last day of Vegan MoFo! :( I'm feeling sad that the fun is ending and even more sad that I wasn't able to post every single day like I had intended to. I suppose 18 posts in 31 days isn't all that bad for a first time MoFo-er so I'll try not to feel too disappointed in myself.

Next year I'll be better prepared and have many more posts scheduled in advance so that throughout the month of Vegan MoFo I'll be able to just blog hop and chit chat. I'm thrilled with all the awesome new vegan bloggers I have discovered this month and am looking forward to continued interaction with these cool people. :) 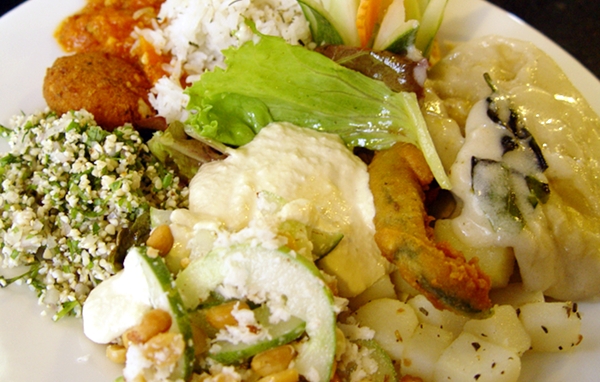 So as I told you in an earlier post, on Saturday we had a special vegan buffet lunch arranged at In The Pink Organic Restaurant. All of last month Mr.Vegantastic, Mil Mil and I have been running around trying to get this event organized. We planned the menu, tasted and approved the offerings and promoted the event. It was lunch followed by the screening of a very interesting documentary about food choices, nutrition and health.

More than 35 people turned up and everyone loved the food. The menu was: 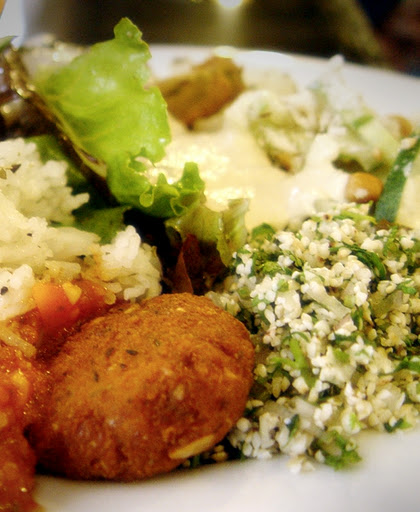 I originally planned to go there early and take pics of the individual buffet items but wasn't able to manage that. So I settled for taking pics of my platter for you. :) 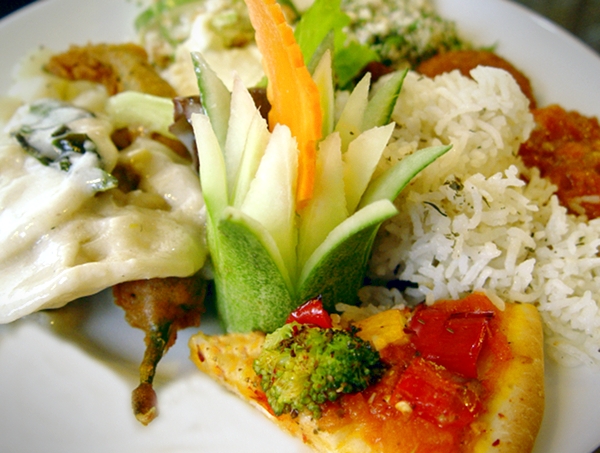 All in all the event was a success and many of the members of Vegan Bengaluru have asked that we do a lunch buffet instead of the monthly potluck at least 3-4 times a year.
posted by Veganosaurus at 17:54