It's been a bloody hot summer this year!! And this coming from a girl who normally basks in comfortably toasty tropical weather. Through the worst days in March, I held onto the hope that April showers would bring with them some soothing temperatures, but alas, we are yet to have any April showers at all. *sigh*

But every cloud has a silver lining, or in this case, the lack of clouds. :oP My spotting of the said lining occurred when I saw a cool (or should I say 'hot'?) photo album demonstrating the process of sun drying tomatoes by SaffronTrail. Boy was I inspired!

I got down to it right away. I also created a Sun Dried Tomatoes album on my Veganosaurus Facebook page and documented the process as it happened.

I decided to use our local Nati Tomatoes for this one. Even though they have a high juice content and would take longer than others to get done, I feel that their flavor is unmatched. I quartered them, placed them on a plate and sprinkled on salt, red chill powder and dried oregano.

Here they are, just about to begin their journey... 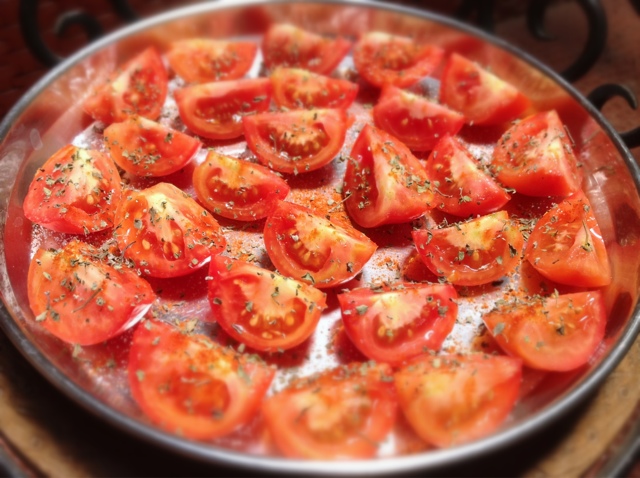 At the end of Day 2, a very small amount of drying can be noticed. 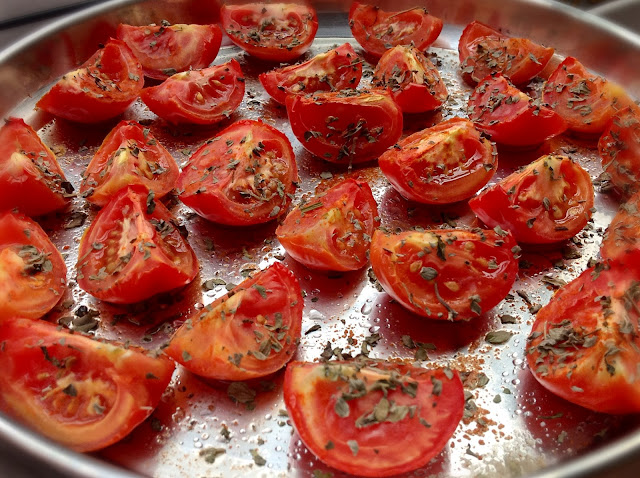 On the evening of Day 3, the drying is more apparent. The juices have reduced considerably. I've been putting them in the sun all day and popping them in the fridge at night. 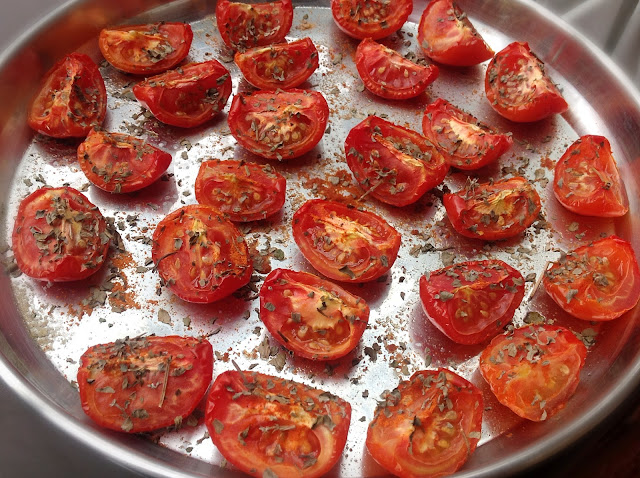 No photos for days 4 and 5 because I was busy with the weekend and by the time I was able to get to them on both evenings the sun had set. And I surely wasn't about to click pictures in poor lighting!

On the night of Day 5, the tomatoes seem to be about 70% dry. Just the parts around the seeds seem moist now. So instead of putting them into the fridge I decide to leave them out all night, covered with a cheesecloth. I believe that the little bit of salt I'd originally sprinkled on top would keep them safe.

I am wrong! The salt content is nowhere near enough to protect.

On the morning of Day 6, I hit a roadblock. Some of the tomatoes have developed a layer of fungus/mold on top. :( Look how beautifully they were drying, if it hadn't been for the mold, they'd be perfect!! 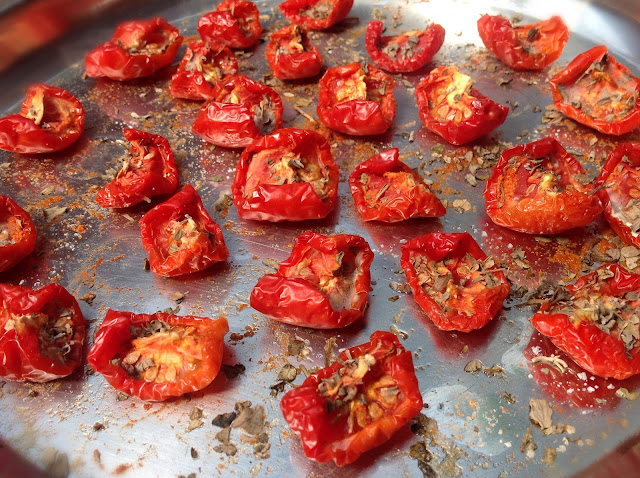 Thankfully, I am able to salvage most of the tomatoes. I remove the seed portion which contains the maximum amount of the remaining moisture and carefully wash them. Then I toss them in salt and turmeric (plus some chill powder and oregano because the original stuff is now washed away) and place them in the sun again to dry all day. They go straight into the fridge at sunset. Taking no chances this time! 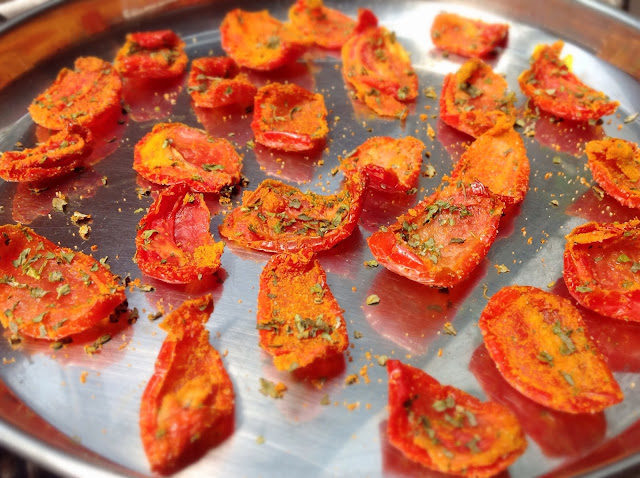 7 days and 7 nights of drying and finally here they are all bottled up and ready on the morning of Day 8. :) 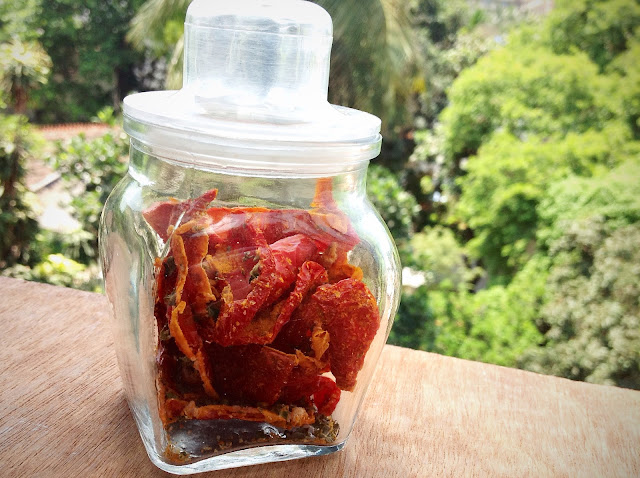 Aren't they just beautiful? I am totally proud of them and of myself for taking full advantage of this hot, sunny summer. You know what they say... "make sun dried tomatoes while the sun shines". :oP (I bet I'm not the first person to have cracked that lame joke. Hehe).

And now, on to vegan curd chillies. A South Indian speciality. I've just started off the soaking process and the sun drying begins tomorrow. Once they are ready I'll share a recipe with you all. Until then, keep an eye on my Facebook page for continuous updates and pictures.

Now go make your own Sun Dried Tomatoes. They are totally worth the effort! :)
posted by Veganosaurus at 01:20