I met Geegers here on our Vegan Etsy team and the first thing that stuck out about her was her sense of humour. GiGi, with her videos and her stories, runs her own brand of comedy show on her blog Veganville. She has some yummy vegan recipes up there too but I have to admit that it's the hilarious back stories she gives them which take me back there time and again.

She is also the owner of the Veganville Etsy Shop where she offers some highly delicious looking baked goodies. I can't wait for my next trip to the US just so I can try some of these amazing looking Voppee Pies! 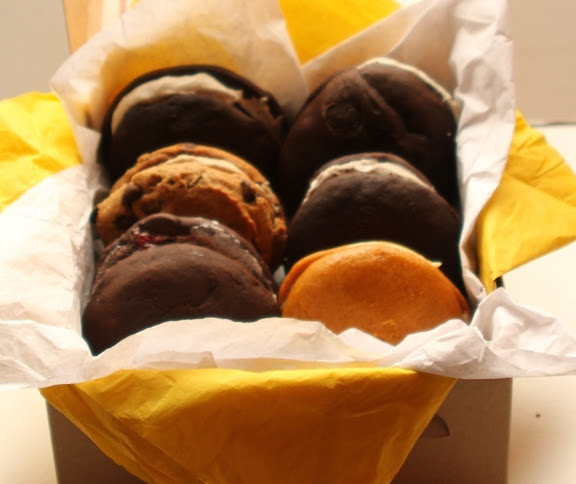 The recipe that GiGi has shared with us here is a healthy Chia Pudding. The replacement for Chia seeds in India are Sabja seeds, the kind used in Faloodas. Sabja has been used for its healing properties in Ayurveda for aeons.

While Chia hails from the Mint family, Sabja belongs to the Basil family. However, they are very similar in properties. They form the same kind of ooey gooey layer around them when soaked in water for many hours, they are very cooling and rehydrating to the body and they give a good cleanse to the intestines. Not to mention, they are both so darned yummy!

Chia seeds made a comeback last year. Posts and recipes were everywhere. The vegan boards were lit up like chia seed Christmas trees. For me the light was on and nobody was home. See it took me a while to get on board the chia seed party boat. I'm not sure if it's because I lost the coolness factor or that the ubiquitous gelatinous chia is $14.95 a bag at my local Whole Foods. Anyway what the hell was I going to do with all those seeds? When I found out the seeds are actually the very same seeds that go into growing those TV chia pets they show on late night commercials, I procrastinated even more. I mean if I give into these chia seed pet seeds what would I give into next - thigh busters and JLo pendants? Still, all those chia puddings look pretty enticing, a little like tapioca only a whole lot healthier, and who doesn't like a good tapioca? Okay, my mom doesn't, that's who. My mom detests tapioca; she thinks it looks like little balls of sn_ _. I probably shouldn't say that on a food blog but what the heck, it’s true. That's what she thinks. 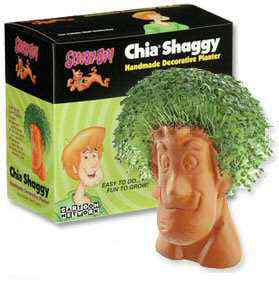 I gave in and bought the seeds and just when I was about to make a super duper chia pudding, crazy boy aka the husband brought home the first blueberries of the season. Since this is a guest post for Susmitha, ice cream maker to the stars. I just had to whip some cold creamy delicious blueberry and crème dessert up first. And because I am all about shameless self promotion you will have to visit my blog if you want the the recipe. Nananannana. I hope there is a translation in India for nanananana, since I intend to publish this blog in many languages. 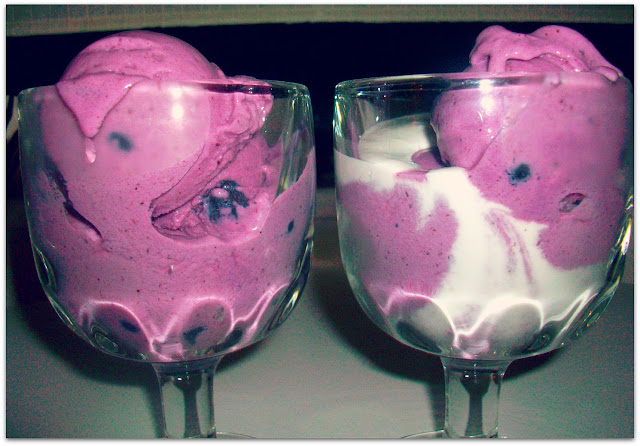 I digress. Chia has been called the ancient food of the future. Clearly it is called this because if you make a pudding now you won’t be eating it any time soon. Chia has also been known to increase energy, prolong hydration and build muscle and tissue. This is also good since you might have to stay up all night waiting for the crazy ass pudding to set. I guess I could have slept or watched some more infomercials, but I was excited to see how much energy I would derive from the pudding. I couldn't wait to see how speedy I would get if I coupled the chia with my morning cup of Joe. Energy and speedy = good in my book.

I read about some chia recipe flops. There are a lot of hot and bothered chia blog recipe comments out there, really. Like, "Hey my stupid chia never solidified", and "this slop was supposed to be my breakfast", and "this chia looks the same now as when I went to sleep", and another one "your stupid chia recipe sucks". Still I risked it all and forged ahead.

Mix together the almond milk, vanilla extract, and maple syrup until combined. Gently fold in the chia seeds. Pour the mixture into an 8"x11" baking dish Refrigerate over night. If you’re awake, stir.

Here is what happened at the Chia Seed unveiling the next day which happened to be my birthday. (April)

Sure, you might have to wait until your birthday for the chia to set and you might need a a new haircut but I think it would totally be worth it. The pudding is delicious with a scoop of vegan ice cream on top. Why not try of one of Susmitha’s many scrumptious ice cream recipes? Or come see me over at my blog, Veganville. Shameless, shameless I know. But I am kind of nice. 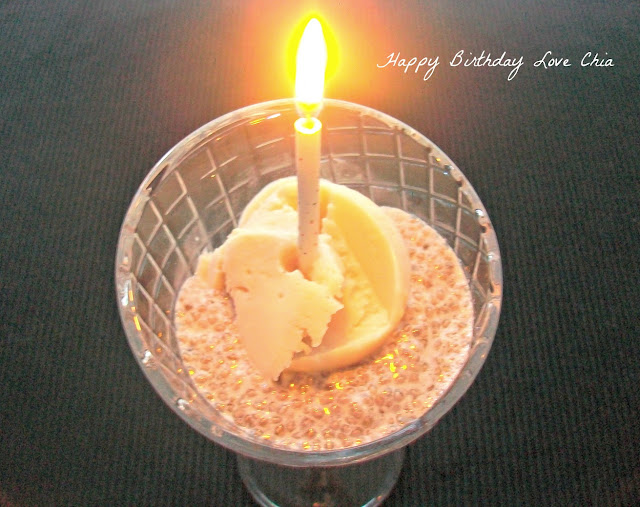 Thank you for having me, my friend. You are as delightful as your confections :)

posted by Veganosaurus at 18:00