I grabbed me an Etsy treasury! 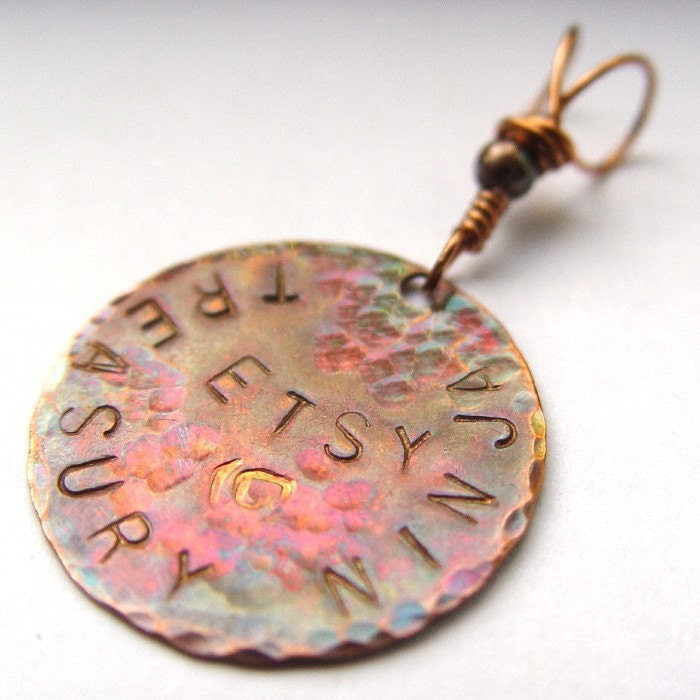 Once upon a time I was an Etsy Treasury pro. I used to stay up all night, into the wee hours of the morning, prowling the halls of Treasury and Treasury West and every single time there was an opening, I grabbed treasury after treasury after treasury! My friends would look on in awe as I proudly displayed the many treasuries I'd put together, one for my store, one for one street team I belonged to and one for another team... They named me the Etsy Treasury Ninja Mistress....

*Sigh* that was a long time ago. Now the treasury grabbing has become a rare event. So when I do, it's a cause for celebration! :)

Last night I got lucky enough to wander into the treasuries about half an hour before the next opening was due to happen. I was super-thrilled! So I made DH sit with the MacBook and keep watch over the treasury countdown while I quickly finished doing a few rounds of Frisbee, Bowling, Sky Diving and Canoeing on the Wii Sports Resort (man I wish I could live in that Resort in real life!). When we had about 4 minutes to go before the treasuries opened up, I took over the computer and sat with jittery, bite-my-nails-and-tap-my-feet excitement and waited (without refreshing the page since I'm a good girl). And that's when it hit me, I hadn't even decided a theme! Boy had my Treasury Ninjaness become rusty! So when that blue box popped up I zeroed in on the one thing that's been on my mind lately... COPPER! Been working with it a LOT over the past week. So here it is... my latest treasury... FABULOUS COPPER! 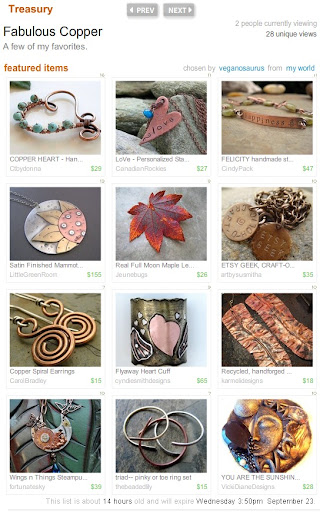 I've featured some of my favorite artists and then some new favorites I discovered last night while hunting for copper creations to fill my treasury with. I could spend ages browsing these stores! The artists are so incredibly talented!!

Here's a screen shot showing the items on stand by on the right: 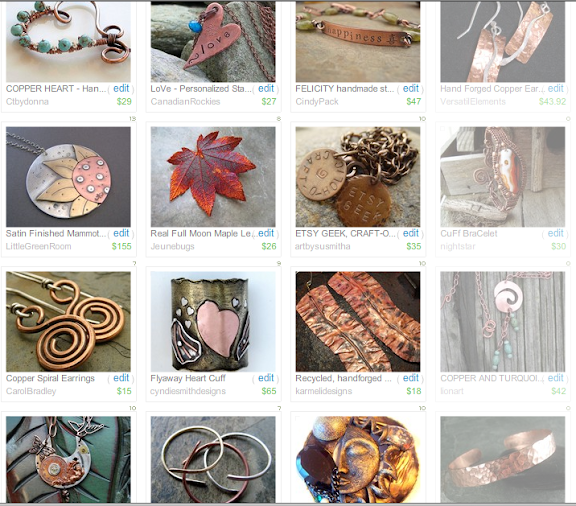 And here are a few of the copper pieces I've worked on over the past week. There are many more listed at my Etsy store - Art by Susmitha and some more to come over the next few days: 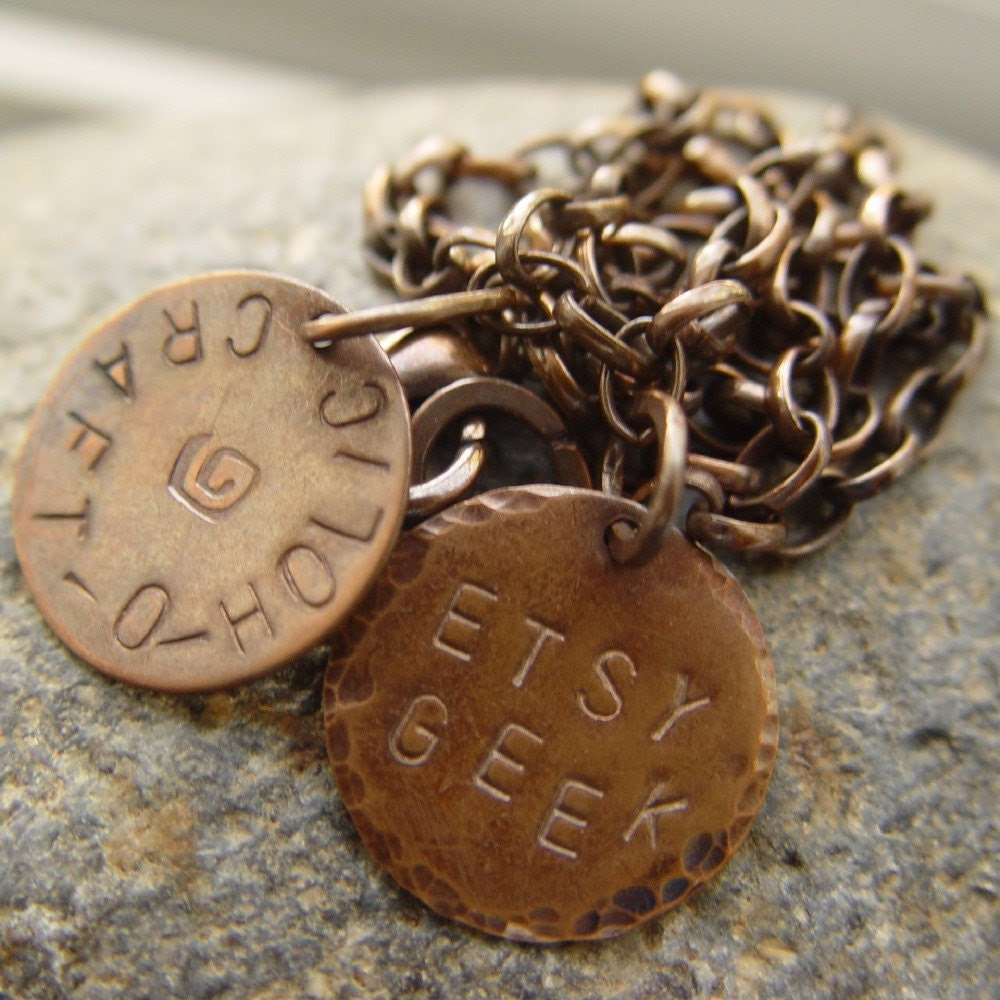 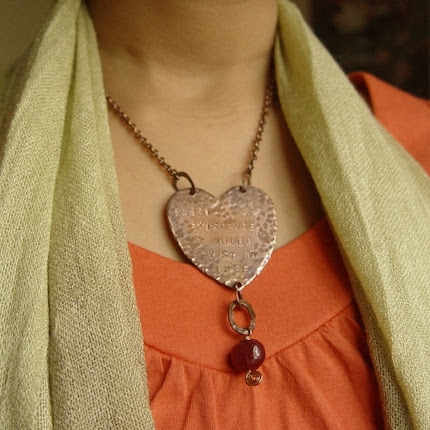 Every Existence Would Exist In Thee - Charlotte Bronte quote necklace 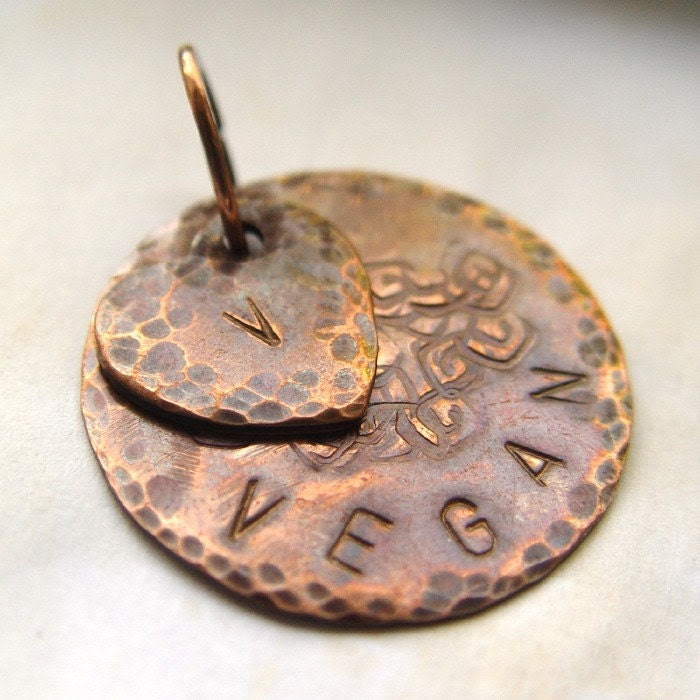 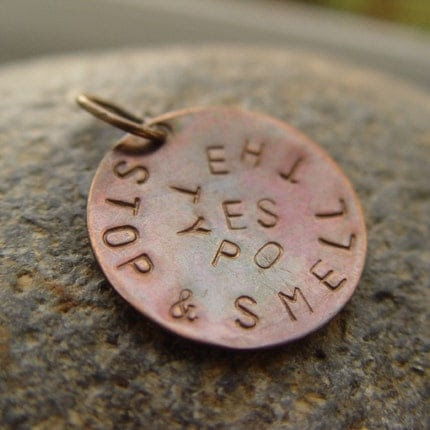 STOP AND SMELL THE TYPOS... pendant 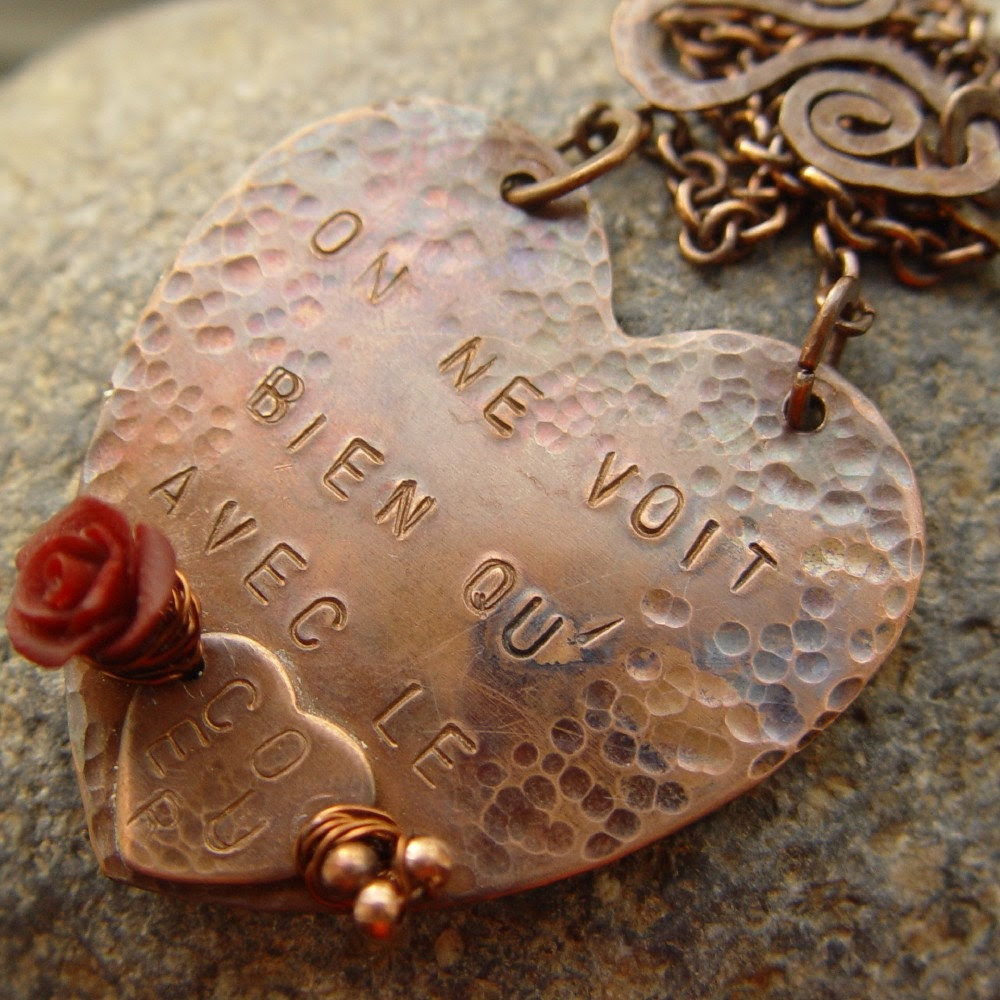 Here's to more treasuries and more inspiration!
posted by Veganosaurus at 05:26