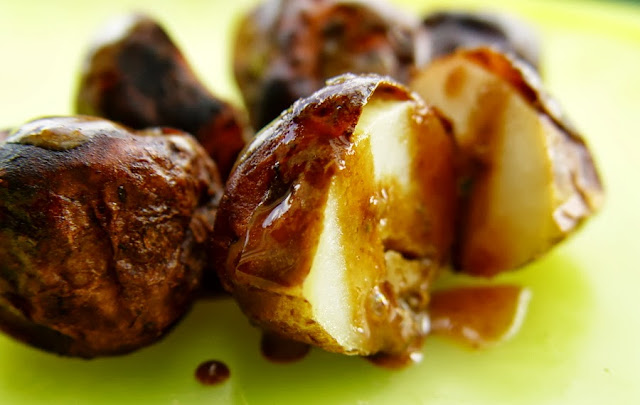 It's looming and I'm going crazy! Yes, it's that time of the year again. The time to freak out and go nuts because yet again I've committed to blogging about vegan food every day (or at least every weekday) of the month for a whole month. 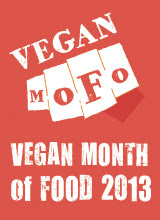 Vegan MoFo 2013 is in September this year, folks. And guess what, *someone* decided that the stress of daily blogging just wouldn't be enough. Yep! I had to go and add a challenge into the mix. I'm doing a RAW VEGAN FOOD theme this year.

My hubby is partly to blame for this because *he* was the one who was like, "oooooh why don't you do a smoothie for every day of Vegan Mofo?" And since the raw food idea was already in my head, all I needed was his oh so helpful suggestion to make me believe creating 20-30 raw food recipes in a short span of time would be a super bright idea. So I replied, "yeah, totally! Smoothies are a great idea and instead of just smoothies, I'll do all kinds of raw foods." And before I knew it, wheeee I was signing up for Vegan MoFo and typing out my theme as Raw Vegan Food.

So now you know why my blog's been recipe-less for a couple of weeks now. I've been so busy thinking up recipes for next month that I just haven't been able to share my non MoFo recipes with you here.

Today I thought, before the excitement and the mad rush and the sheer awesomeness of Vegan MoFo begins and takes over my blog, I'd better drop in here and give you all an update. And while I'm at it, here's a nice baked baby potatoes recipe I made recently. 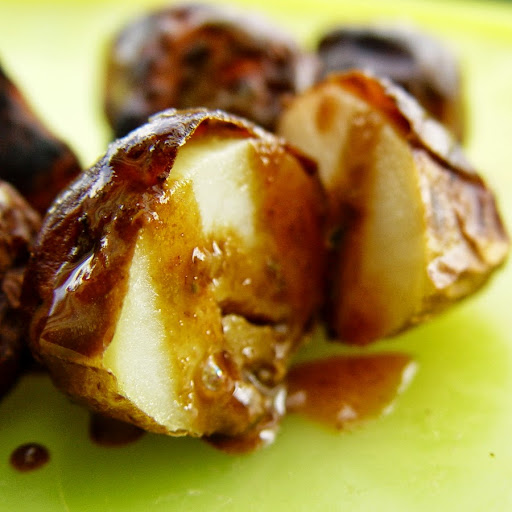 Optional for drizzling:
Tabasco Chipotle Sauce (which I very lovingly refer to as "glug glug")

* Bring a pot of lightly salted water to a rolling boil.
* Wash and scrub the potatoes well.
* Pierce them all over with a fork.
* Drop them into the boiling water and cook for about 10 minutes.
* Drain and keep aside.

* Meanwhile, whisk all the marinade ingredients together.
* Toss the baby potatoes in the marinade, cover and allow to soak in the flavours for 6-8 hours.

* Serve the potatoes hot, drizzled with some of the marinade liquid and Tabasco Chipotle Sauce.
* Enjoy! :) 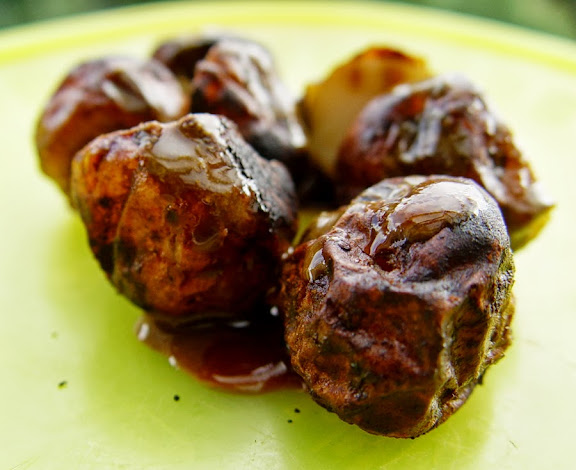 posted by Veganosaurus at 01:05